Classically sophisticated expression of the ​Nuevo Tango in the modern style of Suarez Paz
​Leonardo Suarez Paz is a visionary artist who redefines tango as a complex, contemporary genre - a legacy that was passed on to him by family friend and mentor, Astor Piazzolla.  A composer, choreographer, vocalist and a  "virtuoso extraordinaire on the violin" (Wynton Marsalis) Leonardo's "knowledge of the tango violin playing conveys a century of individual styles" (The STRAD Magazine). He  has been featured  as a soloist on scores of GRAMMY winning recordings including those of Placido Domingo, Luis Miguel, Carlos Franzetti and Ruben Blades and is sought out world wide as a Nuevo Tango specialist and the "torchbearer of Argentine Tango and the legacy of its greatest composer, Astor Piazzolla" (All About Jazz, UK). This program offers the "superb" and  "harmonically sophisticated"  compositions and arrangements by Leonardo Suarez Paz, "an unlikely yet happy marriage of Prokofiev and tango nuevo."  (GRAMOPHONE, UK)
​3 guest soloists (violin, bandoneon, tango dance) for chamber or symphonic orchestra - full program
1 guest soloist (violin) for chamber or symphonic orchestra - music only program
​classical, crossover, chamber and festival programs 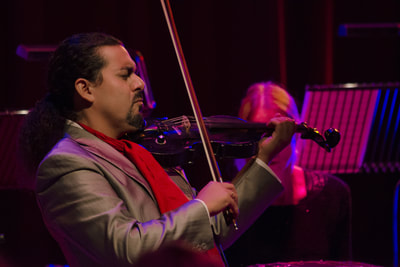 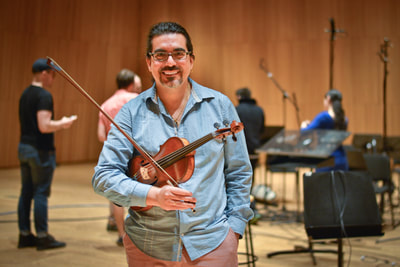 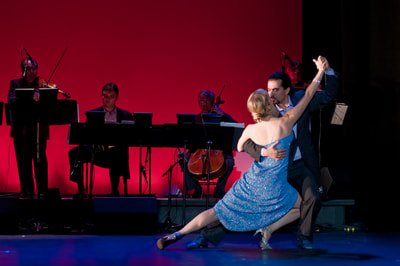 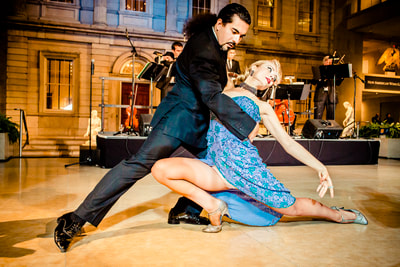 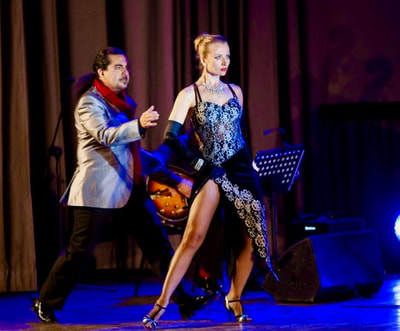 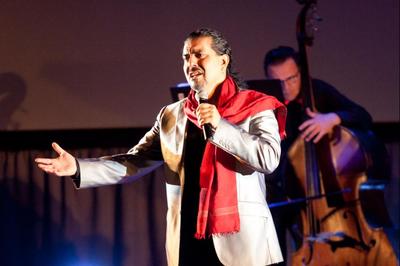 Video - sneak peak at the 3D sound recording session of the tango violin concerto, Nuevos Aires (L. Suarez Paz) at the DiMenna Center for Classical Music.
​This violin concerto with bandoneon and cello concertante  was commissioned by the North South Consonance Orchestra
​and premiered in New York in June 2017  and is part of the Symphonic Tango program.
SYMPHONIC TANGO  ignites the audience’s passion on a grand scale with musically sophisticated repertoire, heartfelt songs and elegant Tango dance choreographies. The programs feature violin soloist Leonardo Suarez Paz and original arrangements and compositions by A. Piazzolla and L. Suarez Paz that demonstrate the virtuosic qualities of the orchestra and the genre’s classical influences.

The repertoire includes the tango violin concerto Nuevos Aires (L.Suarez Paz) with bandoneon and cello concertante, which premiered in 2017 in New York and a special arrangement of Escualo, composed by A. Piazzolla in dedication to Fernando Suarez Paz, among other compositions for chamber and symphonic orchestras.
​
“Leonardo Suarez Paz - Tango Master of the 21st Century” (LATINA, Japan) has appeared as a soloist at  Carnegie Hall, Spoleto and Umbria Jazz Festivals in Italy and arranged and composed for numerous artists including the Jazz at Lincoln Center Orchestra with Wynton Marsalis. Many classical musicians have relied on this fierce authentic style and expertise in the genre for their own tango projects, including virtuoso violinist Augustin Hadelich (Historie du Tango), Neave Trio (Celebrating Piazzolla), Carlos Franzetti (Piertot et Colombine, Circo de Arrabal, violin concerto Reflexiones, Tangos) among others. Leonardo Suarez Paz and choreographer Olga Suarez Paz have performed and brought their productions to the Teatro Colon Opera House, CCK and Teatro Alvear in Buenos Aires, the Lincoln Center and the Metropolitan Museum of Art in New York, and the Latin Grammy Awards Ceremony for a live performance.