Historic Chapel of the Good Shepherd, 543 Main Street, New York NY 10044
June 14 program is live and in person & June 30th program is a virtual, interactive streaming.
Programs are FREE and open to public 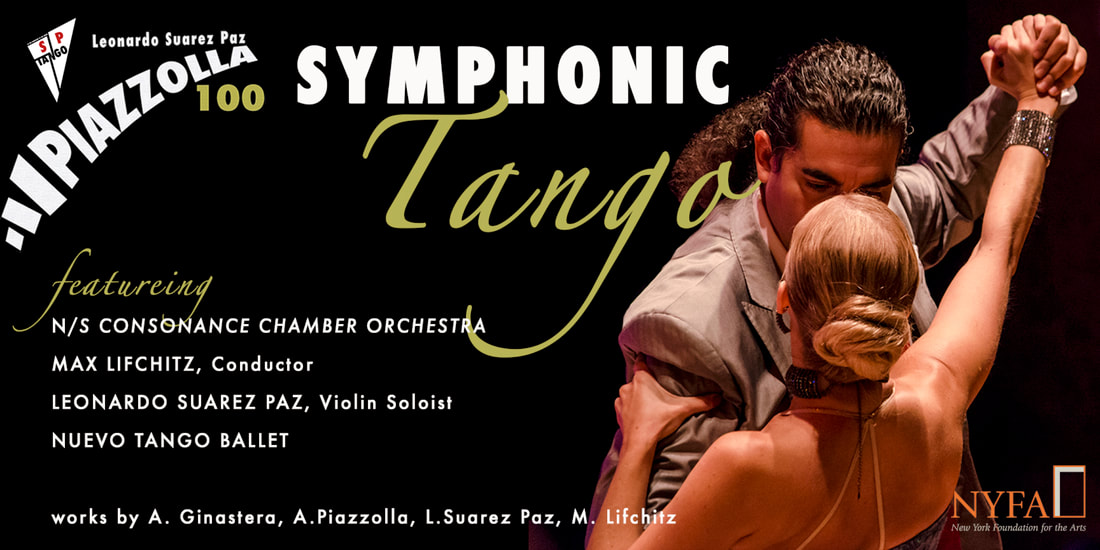 Leonardo Suarez Paz's PIAZZOLLA 100 presents "Symphonic Tango" in collaboration with the North/South Consonance  and  The North/South Chamber Orchestra dedicated to vocal, instrumental, and new music from the Americas, under the direction of Max Lifchitz, who conducts the orchestra in its 42nd season.

Leonardo Suarez Paz's PIAZZOLLA 100 is an artist run organization under the direction of Leonardo & Olga Suarez Paz which celebrates multiple cultural heritages and the contributions of immigrants as the primary ingredients, in conjunction with the local cultures, that formed and continue to shape Nuevo Tango as an art form and its relationship to Classical, Jazz and popular genres. The rich cultural milieu and the work it inspires emphasizes our connection and humanity and crosses many cultural barriers.
​These are our stories....
​
“Virtuoso extraordinaire,” Leonardo Suarez Paz, creates across cultures and genres, continuing a family legacy of over 100 years in the genre, beginning with Gabino Ezeiza to Fernando Suarez Paz who was instrumental in creating the Nuevo Tango  alongside Piazzolla.  A member of the Orquesta Estable del Teatro Colon, Leonardo's work as a soloist includes the most distinguished tango orchestras such as those of  Mariano Mores, Horacio Salgan, Atilio Stampone, Osvaldo Berlingieri and the shows Tangox2 and Perfumes de Tango where he was also featured as a dancer. He was the soloist in both Broadway tango shows Forever Tango and Tango Argentino, with Placido Domingo, Ruben Blades, Carlos Franzetti, Patience Higgins, Jim Hall, Kenny Drew Jr., Steve Kuhn, Savion Glover and many others.  Leonardo “shows us how easily we can communicate across cultures if the desire and effort are there.”   (Wynton Marsalis, Artistic Director Jazz at Lincoln Center)

In "Symphonic Tango," Suarez Paz continues to expand a new vision of Argentina’s rich culture, by taking it beyond the cultural, musical and metaphysical boundaries of his homeland and into the international world of contemporary music with all the influences that have made him the artist he is today, the sounds and personality of Tango, contemporary harmonies and rhythms of Nuevo Tango and influences from Classical and Jazz music.

Today’s program features guest artists from the Nuevo Tango Ballet under the direction of Olga Suarez Paz, as an integral aspect of Leonardo Suarez Paz's PIAZZOLLA 100 and its multidisciplinary nature. Nuevo Tango Ballet aims to expand the perception of Tango as  an artistic language by contemporizing the traditional form with elements of modern dance, and classical ballet, by creating new narratives, reexamining gender roles and themes of liberty, inspiration, and love.

Max Lifchitz
Active as composer, pianist, and conductor, Max Lifchitz was awarded first prize in the 1976 International Gaudeamus Competition for Performers of Twentieth Century Music held in Holland. Robert Commanday, writing for The San Francisco Chronicle described him as "a young composer of brilliant imagination and a stunning, ultra-sensitive pianist." The New York Times music critic Allan Kozinn praised Mr. Lifchitz for his "clean, measured and sensitive performances” while Anthony Tommasini remarked that he “conducted a strong performance.” Payton MacDonald writing for the American Record Guide remarked “Mr. Lifchitz is as good on the podium as he is behind the piano.”


Since 1980, NORTH/SOUTH CONSONANCE has brought to the attention of the New York public over 1,000 different works by composers from every corner of the world. The press has favorably acknowledged the many attractive CD albums issued by NORTH/SOUTH RECORDINGS. "Enthusiastic performances...enough to express the boiling power of the music" is how The Philadelphia Inquirer greeted North/South Recordings No. 1003. The Washington Post declared that N/S R No. 1004 contains "intriguing instrumental works, works that span the emotions from pain to ecstasy.”  Fanfare Magazine remarked as follows on Carnaval/Carnival (N/S R 1028): “Recorded within days of the September 11 attack, the performances all glow.” North/South Recordings albums are available through AMAZON, Apple Music, YouTube, Spotify and all other music retailers and platforms.
The North/South Chamber Orchestra 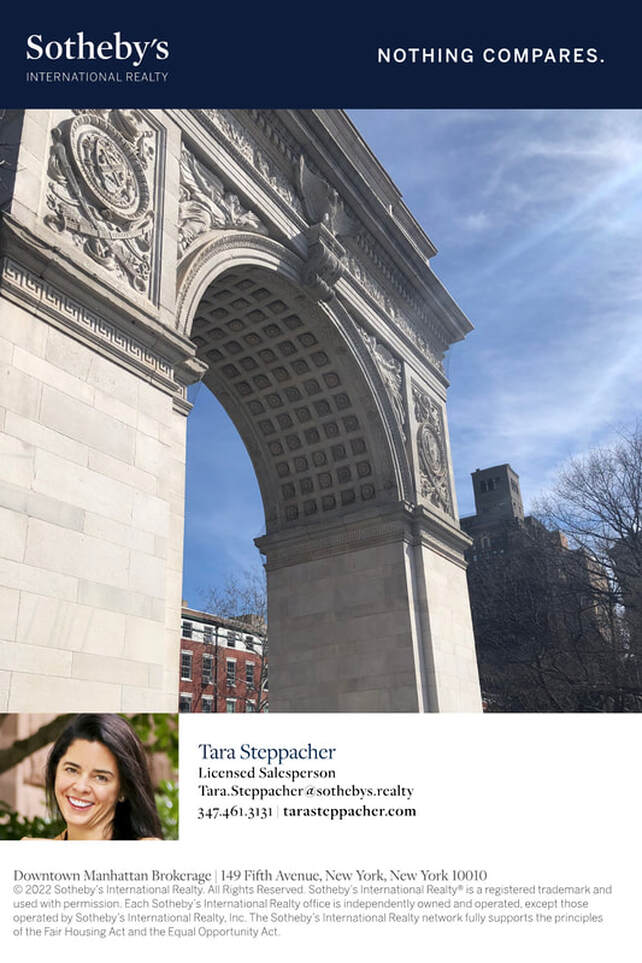 ​
​THANK YOU TO OUR SUPPORTERS

NORTH/SOUTH CONSONANCE 42nd Season (1980-2022)
Concert made possible with public funds from the  NEW YORK STATE COUNCIL ON THE ARTS, a state agency
and the NEW YORK CITY DEPARTMENT OF CULTURAL AFFAIRS
and grants from the BMI Foundation, Women’s Philharmonic Advocacy, the Zethus Fund,
the Music Performance Trust Fund and individual contributions. 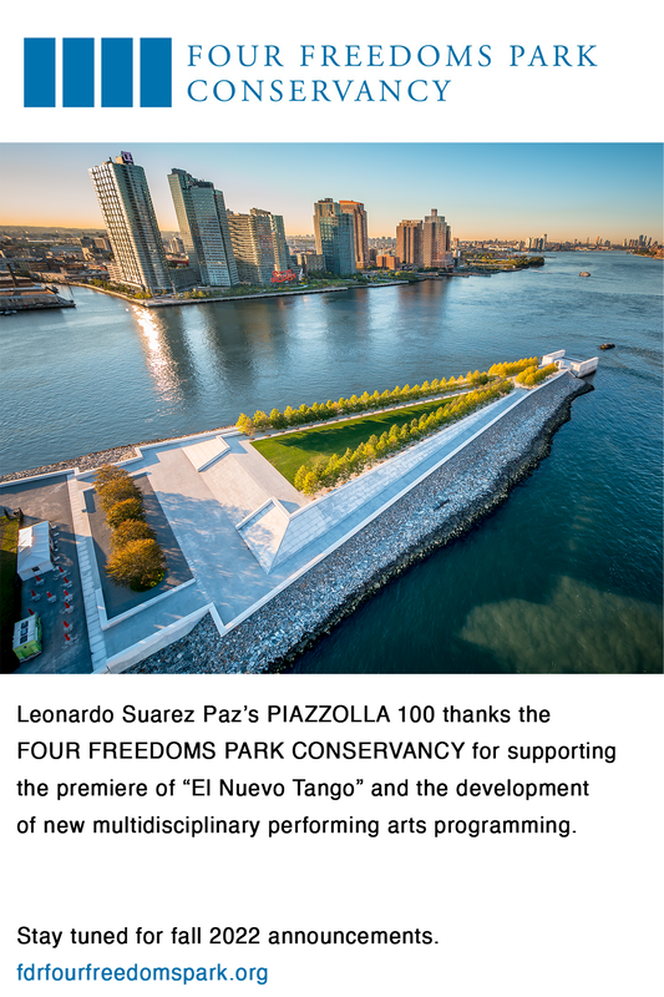 ​Leonardo Suarez Paz's PIAZZOLLA 100 and OUR MISSION
​
​Our mission is to further the genre of Nuevo Tango by elevating its artistic standards through live performances, recordings, publications and education, by demonstrating its evolution as an entire culture through every form of expression - music, dance, interdisciplinary work, visual art, literature and cinema. We celebrate Latin, African and European cultural heritages, the contributions of immigrants  and women to the genre, while relating its history to Buenos Aires and New York City and affording an opportunity for artists across generations, cultures, genres and disciplines to create new work
​and express through a renewed artistic idiom of cultural unity and inclusion.​

Leonardo Suarez Paz’s Piazzolla 100  operates as a 501 c 3
Please consider making a tax deductible contribution towards our future programs though our fiscal sponsor
New York Foundation for the Arts
DONATE
STAY TUNED FOR OUR UPCOMING DIGITAL PROGRAMMING INCLUDING "EL NUEVO TANGO"
AND THE STREAMING OF THIS CONCERT! SUBSCRIBE TO OUR WEBSITE & STAY IN TOUCH
SUBSCRIBE
SPONSOR OPPORTUNITIES
VISIT OUR WEBSITE