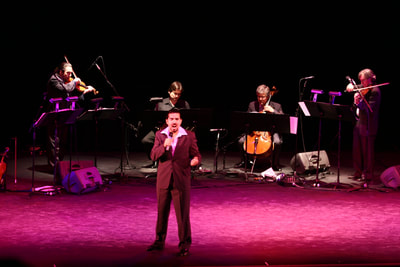 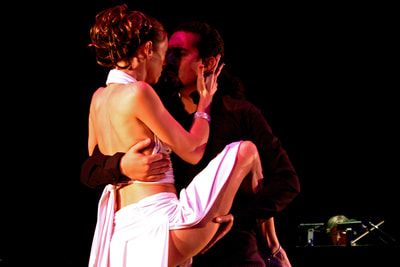 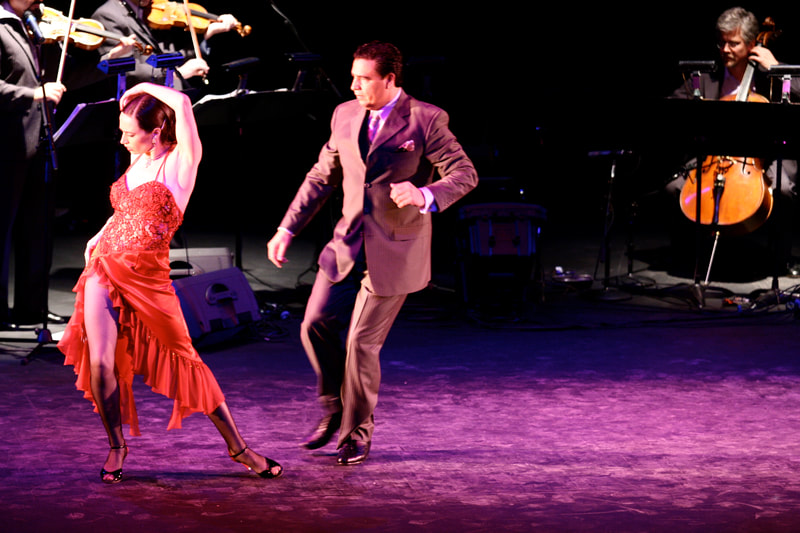 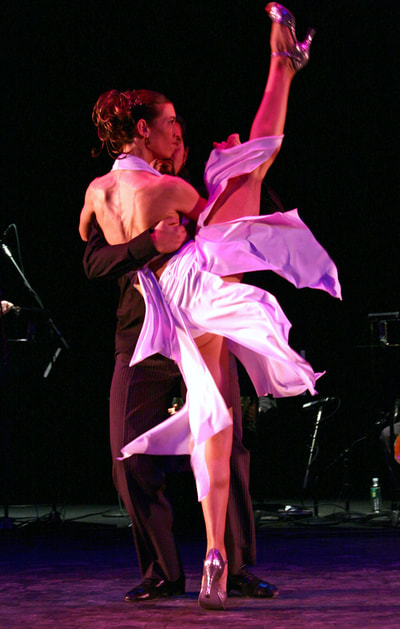 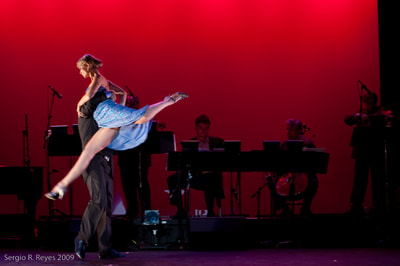 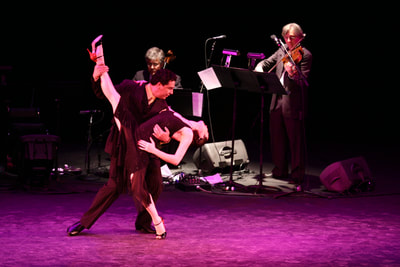 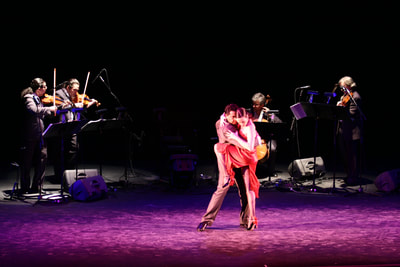 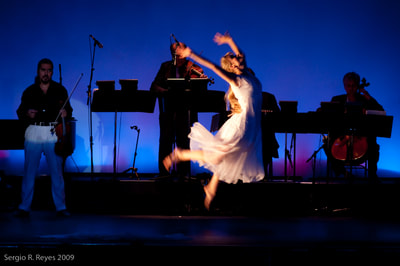 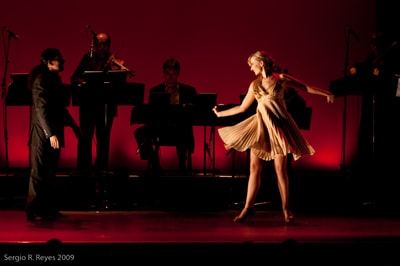 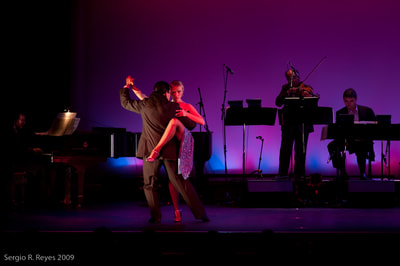 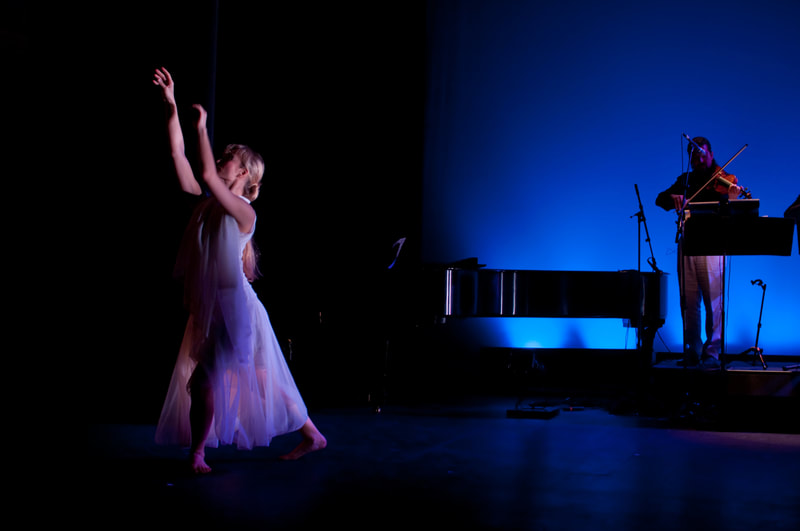 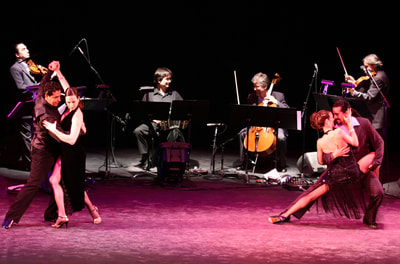 The show invites you into the magical Buenos Aires – the city of tango – into its intimate world of stories and dreams – of Carlos Gardel, an illegitimate boy who becomes Argentina’s biggest superstar, of a porteño who allures a young lady into a street milonga with his convoluted brisk steps, of a mastermind composer, Piazzolla, who invades hearts and concert halls with his new tango that speaks many languages and genres, or of a genius poet Ferrer who transgresses semantics playing a musical scale of his profuse linguistic creations and who speaks fondly of Leonardo:

It is Leonardo Suarez Paz’s enchanted, inspired and creative soul that invades the warm balconies of this tango concert and come to greet us with a dreaming gesture..... Because it is very much of Tango this talented exhibition enjoys angels and devils, so that nothing goes unnoticed..."
- Horacio Ferrer, Poet & Lyricist, Creator of Nuevo Tango, Nobel Prize Nominee in Literature